// Welcome to my online art gallery 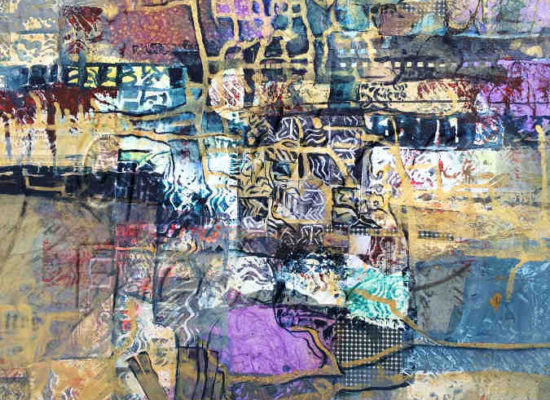 About me & my art

“Vibrant colors, the effect of light and shadow, texture, shape, and lines, from realism to abstract expressionism is the world to which I immerse myself creating my artwork.” “Subject matters, ranging from figures and still life to landscapes, are done in watercolor, oil, and mixed media. Subjects evoke my inner feeling and a desire to communicate those emotions with creativity on canvas, paper, or any other picture plane support. I paint what I feel and what appeals to me and my mood at the time. My work just flows. It is very much a gut feeling while using my acquired knowledge, and at the same time, I am following my heart. I love the outcome, the beauty, and the force as it all evolves into finished artwork. “

Born in Israel, Esther grew up in Cleveland, Ohio. She attended Cleveland State University, majored in Chemistry, and later received her Bachelor of Science, School of Management, at the University of Texas at Dallas. There, her passion for art showed while studying with Ann Wiener in an art class for a nonart major. As the art intrigued her, she continued taking art classes at CCCC from Marie Renfro, who became her mentor.

Into the late hours of the day, Esther plays with her art, creating art. Esther Friedman is an award-winning member of SWS, RCAS, PAA, and Just Art Group.

Her artwork has been accepted at many juried art shows and has won awards in the Dallas Texas Ft. Worth area exhibitions, including “Best of Show,” and art scholarship grants. The artist’s artwork is in private and public collections in the Richardson Texas Public Library and Dallas, Texas. Many works are in private collections in the United States, Israel, and Switzerland. 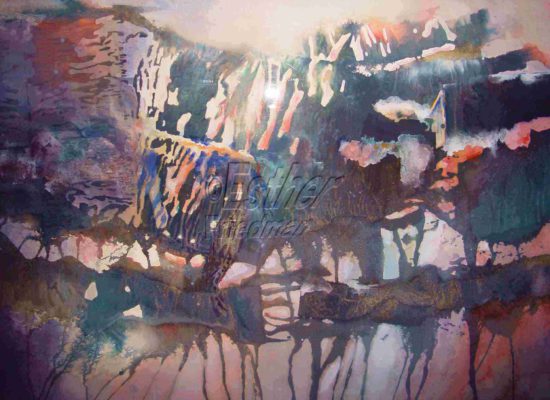 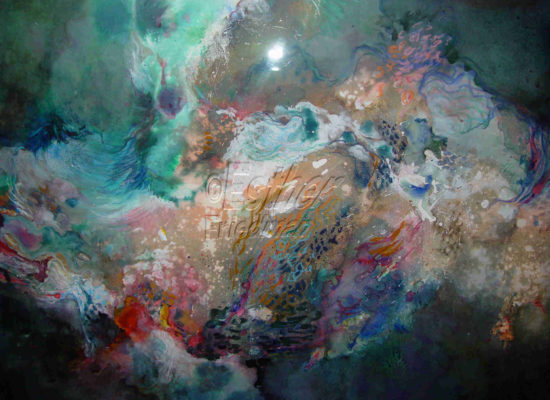 Working on a new painting

“I find a new visual expression with every new painting by expressing my free and experimental approach to art from watercolors to collage to oils. I like rich, bold colors, pigments, and paint texture to dance on the painting surface. I may use a pallet knife in watercolor painting and lots of water to see the watercolor’s flow on the paper. When I work, I turn inward into a world where time-lapses, and I am intensely in a creative mood, and I go with it. As an artist, I try to observe the beauty of the world that surrounds us and record it with emotions of the moment.”

“Find a new visual expression painting using free and experimental approach. Art is a reflection of humanity in color.”

Just-Art organization is an artists gallery that provides a way for artists or freelancers to create an awesome online presence. “Find a new visual expression with every original painting using a free and experimental approach.”